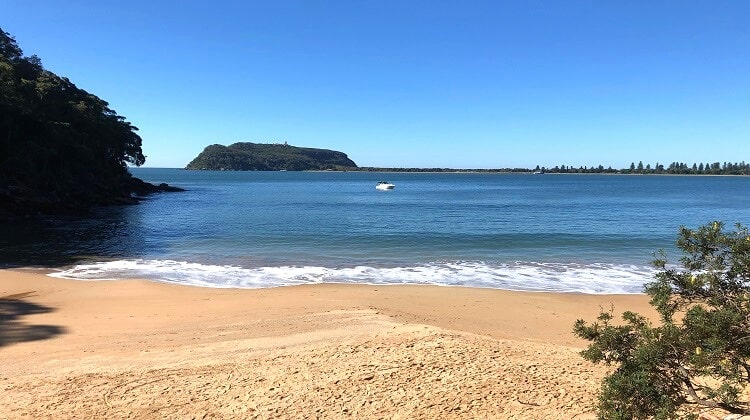 Resolute Beach is a beautiful secluded strip of sand in the West Head section of Ku-ring-gai Chase National Park, opposite the Barrenjoey Headland and facing Pittwater.

With amazing views and beautiful emerald green water, a visit to Resolute Beach feels like you’re stepping into a small tropical paradise.

Two exciting walking tracks, that together form the Resolute Loop Trail, lead to this amazing beach.

Resolute Beach is located just south of the West Head Lookout in Ku-ring-gai Chase National Park. This lookout is located at the very end of West Head Road, accessible via McCarrs Creek Road.

This map shows where these two parking areas and Resolute Beach are located:

The picnic area and the lookout are connected via a short walking track, the Red Hands Track (more on that later).

Note that there is a $12 entrance fee to the national park, to be paid at the booth at the beginning of West Head Rd, or at one of the pay machines in the park.

If you’re in a rush, or simply don’t feel like hiking, it’s best to do the 1 km return walk from the West Head Lookout:

Otherwise, if you’re up for an exciting bushwalk combined with a nice swim, gear up for the Resolute Beach Loop Trail.

In this article, we’re going to describe that circuit walk, starting from the West Head Lookout, along the following 7 highlights and landmarks:

This map shows the entire track including these highlights:

Let’s discuss this awesome track in a bit more detail.

Please do note though that you can also start from the Resolute Picnic Area and simply go anti-clockwise.

West Head is more than just a beautiful lookout point, it also has a rich military history. During World War II, it was essentially a full scale military site, protecting Sydney and New South Wwales against foreign invasion.

In the 1960’s, it was redevloped into a tourist attraction, with a large sandstone viewing area and several information boards.

Check out our guide to the West Head Lookout to find out more about this incredible vantage point. It truly is one of the most beautiful lookouts in the greater Sydney region.

At the lookout, simply follow the trail to West Head Beach going into the bush.

This first section of the circuit walk, to West Head Beach, is relatively easy, although it is a real bushwalk so make sure you wear decent shoes and bring water with you.

A steep set of stairs goes down to the beach, which is a touch smaller than Resolute Beach. There’s lots of large rocks on the beach, and the water is great for swimming.

The section of the track between West Head and Resolute Beach is a bit challenging at times, with a few steep sections, some rough surfaces, and also a creek crossing.

As you continue on the main track, you will soon start seeing the first glimpses of Resolute Beach. Similar to West Head Beach, to get to Resolute Beach, you will need to take the rather steep stairs down.

Resolute Beach is a 60 m long sandy beach, free of rocks, and with mostly calm water, perfect for a swim. The views of Pittwater and the Barrenjoey Headland are pretty amazing too.

Walking is not the only way to get to this beach, it is also a very popular boat landing area. Lots of visitors arrive here by boat from Palm Beach for a quiet afternoon in the sun.

From Resolute Beach, retrace your steps back up the stairs and make a left turn to continue on the main track.

You now have the option to visit a third beach, Great Mackerel Beach, which is another 600 metres further south. This extra bit is not difficult, but it is quite an uneven path with various rocks.

The track basically arrives right at the beach, so there is no descent via a set of stairs required like with the previous two beaches.

Otherwise, to continue the circuit walk, look out for the walking track that goes up the hill through the bush. This intersection is very close to the stairs to the beach, but it’s easy enough to miss.

As you make your way up, the track passes a large rock structure which was used as a shelter by the local Aboriginal people before white settlement.

The main track eventually connects with an intersection on a fire trail.

At this intersection, turn right on this fire trail to continue the circuit walk back to the Resolute Picnic Area and the West Head Lookout.

Before we get to the Resolute picnic area though, the track passes an interesting site with well preserved Aboriginal engravings, dating back thousands of years.

It’s good to have a wander around and see if you can spot some of the engravings as described on the information board.

The Resolute Picnic Area is a well equipped picnic ground in scenic bush surroundings, with various tables and barbecues available to be used, in addition to a toilet block.

From the picnic area, look for the start of the Red Hands Track that goes back to the West Head Lookout.

From there, the track continues along a well maintained path through the bush parallel to the road, eventually arriving at the lookout.

If you enjoyed the Resolute Beach circuit walk, check out our list of the best walks in Ku-ring-gai Chase National Park for more great hiking options. 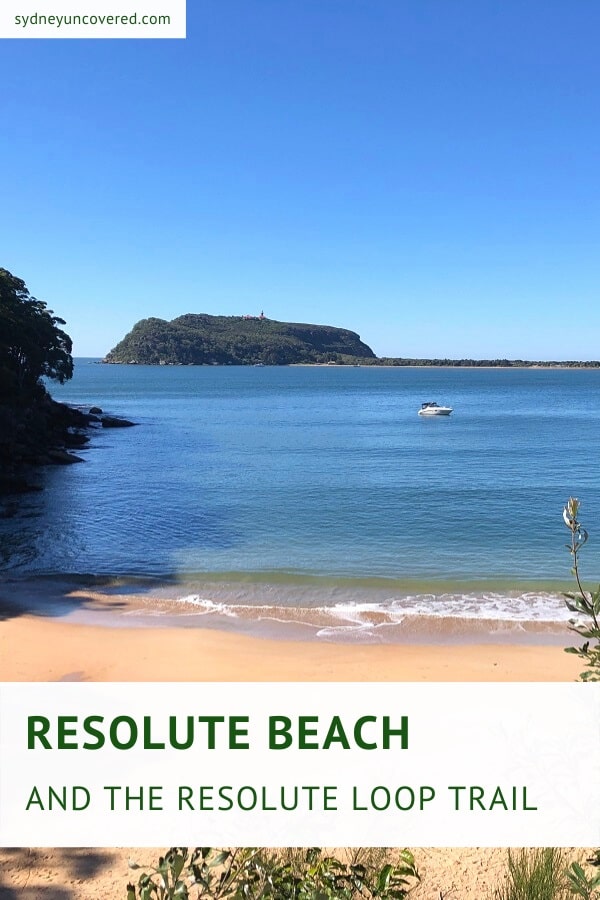